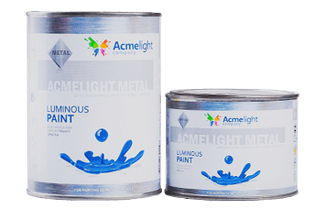 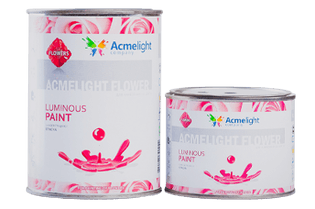 Read more ...
Acmelight Concrete – glow in the dark paint for concrete and walls. 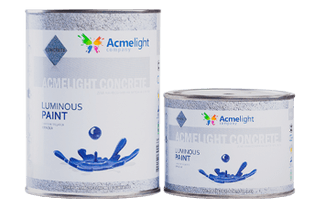 Read more ...
Acmelight Textile is glow in the dark paint for tissues and textile. 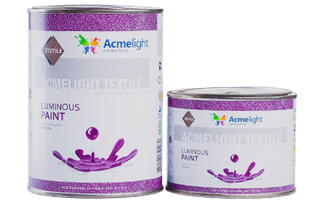 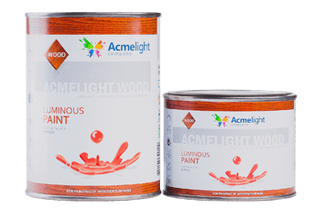 Read more ...
Acmelight Glass Classic is Glow in the dark paint for glass. 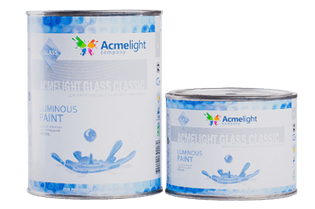 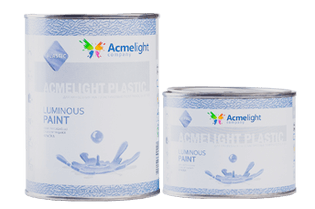 Read more ...
Acmelight Oracal is a glow in the dark paint for self-adhesive film Oracal 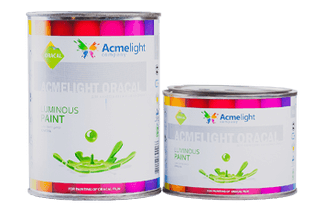 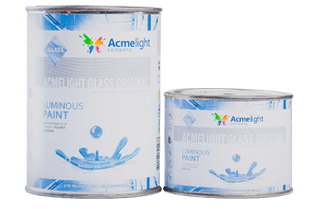 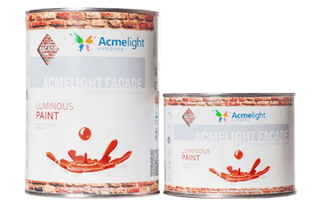 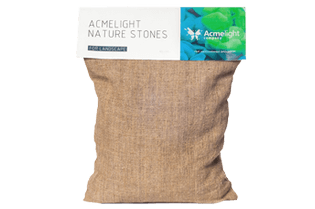 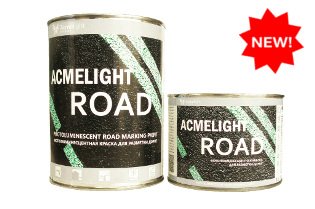 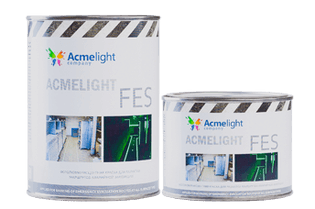 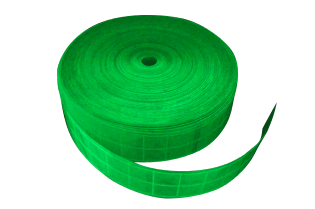 Read more ...
Glow in the dark film for safety systems and evacuation marking

The electrical lighting is traditionally one of the important elements in the complete system of Object livelihood and saving of people in emergency situations, fires, accidents, natural disasters, as well as threats of terrorist acts. However, the operation of electric light sources depends on a number of conditions which can be violated in such situations. For example, after terrorists attack in the USA on the building of the Trade Centre and Pentagon, it became apparent that no matter how the system of the access limitation to the Object is perfect, there is always a way to overcome it, and in such cases, possible destructions and people deaths can have a disastrous dimensions. In such cases, the saving of a man depends entirely on his ability to orientate himself in conditions, when all lighting sources are not functioning.

In recent years, there was an endorsed concept of resettlement of subject-space environment of Objects, providing the application of fluorescent Glow in the dark orientation-sign elements with an effect of a long afterglow, well-distinguishable in the darkness and in smoke for provision of peoples safe evacuation all over the world. The property of a long afterglow is observed for the preliminary activated by light crystalline compounds and alkaline metals aluminates.

These crystalline compounds in a form of powders can be introduced as fillers for different materials, such as plastics, self-adhesive vinyl films, paints, compounds, threads, ceramics, etc. Under the effect of the light quanta of the artificial and natural origin, crystals of these compounds pass into the excited state, reserving the energy, and then emitting it as a new quanta of light in a visible spectrum. A set of luminescent Glow in the Dark elements, used for human evacuation from buildings, structures, and means of transport provision in case of emergency, including – in case of the emergency disabled electric lighting, as well as for the emergency liquidation process provision, are called photo-luminescent evacuation system (FES). In some countries, like Germany, England, the United States and others, such systems are created according to requirements of national standards. Detailed requirements for the application of photo-luminescent Glow in the Dark elements are also formulated by the International Maritime Organization, IMO, as for vessels equipped according to the International Standard ISO "Safety Guidance Systems" (ISO/TC145/SC2/WG3: ISO/CD 16069), and for the application of fluorescent Glow in the dark materials for evacuation routes.

In comparison with electrical lighting systems of evacuation routes, FES has a number of indisputable advantages. No wonder why the number of Objects, equipped with FES is constantly growing in the world. The most famous one is recently restored after the terrorist attacks in the famous building of The Pentagon. After the reconstruction, it was equipped with FES, produced from materials of a high brightness and a long afterglow.

Modern elements FES do not contain the phosphorus and other harmful and radioactive agents. Structurally FES is produced, taking into account requirements of the ergonomics and modern design. It is fully corresponding to characteristics and the style of any building. The application of FES has the following particularities: FES does not consume the electricity, so their elements are free from a number of conditions, which are necessary for electrical current receivers functioning, namely: electrical wiring, electrical units with means of switching and protective automation and other accessories of electrical devices. In this regard, FES Glow in the dark elements can be easily and quickly installed in the necessary point of the safe evacuation place, in any constructive fragment and structures of buildings: doors, banisters, and stair treads, and also on the floor of corridors and the passageways. FES elements are electrically safe, the probability of electrical shock does not arise in case of touching it. Elements of FES can not be a source of the ignition and explosion, as unlike the electrical bulbs, it illuminates a cold light, what is particularly important for high risk facilities.

Glow in the dark FES does not require operation costs, and therefore, there is no need to have a necessary minimum of expendable materials and items for the urgent replacement of defective light bulbs, LED's and etc, and in case of autonomous power supply sources - batteries and accumulators. There is no need to have a skilled maintenance staff, while it is easy to check operation FES: it is enough to switch off the electrical lighting, and periodic dusting from FES elements surface can be made by the unskilled staff. Glow in the darkness FES is a decentralized elements system, that's why, it is difficult to put it out of action, i.e., for the achievement of terrorist act objectives. To put FES out of action means to demount a hundred of its elements, that is impossible to make in a short period of time.

The main distinctive feature of Glow in the dark FES elements, in compassion with the electrical lights, that are usually placed locally in corridors, over doors of evacuation exits, on stairs is a non-dotted distribution of the light energy in the building, but also the possibility of the realization of the extended light marking on evacuation routes with the even distribution of the brightness on the element square (length). This particularity, of course, providing the more effective people orientation at the emergency situation in the smoke or the total darkness, allows them nor just to find the evacuation exit quickly and without panic, but also successfully overcome the stairs, pass columns, projecting corners of walls, industrial equipment and other obstacles. The ability of good orientation in the smoke or at the darkness allows the personnel to take active actions and confront the emergency, because, obviously the inability to prevent the emergency or the fire development results in the increase of possible casualties and damage numbers.
Elements of Glow in the dark FES, in accordance with requirements of international standard ISO "Safety Guidance Systems" (ISO/TC145/SC2/WG3: ISO / CD 16069), are divided into two groups: signs and markings. Classification of elements FES with images of elements group examples is shown in Figure 1 and 2. 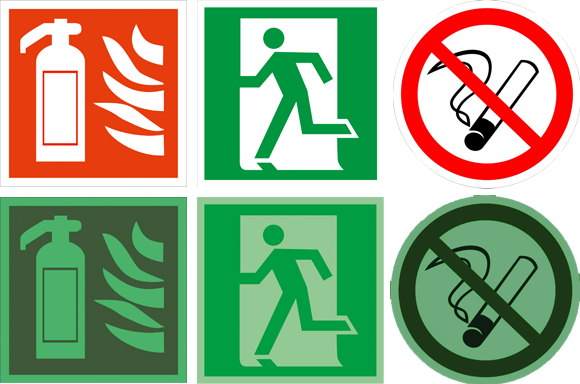 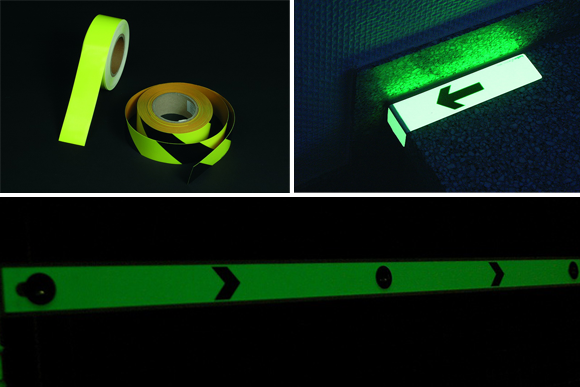 Glow in the dark Marking includes lines (bands), flat and voluminous products, made of the photo-luminescent materials and used for indication of the direction and boundaries of the safe movement to the exit, as well as the implementation of actions, aimed at the prevention of accidents, fires and other emergencies:

Fig. 4. The application in industrial premises

Analysis of emergency situations and the international experience of life saving show that at the present time the provision of evacuation in the absence of electric lighting is a necessity.

Fig. 5. The application of FES in metro

Fig. 6. Glow in the dark Marking drawing in the wagon (coach)

AcmeLight Glow in the dark FES, how it works?